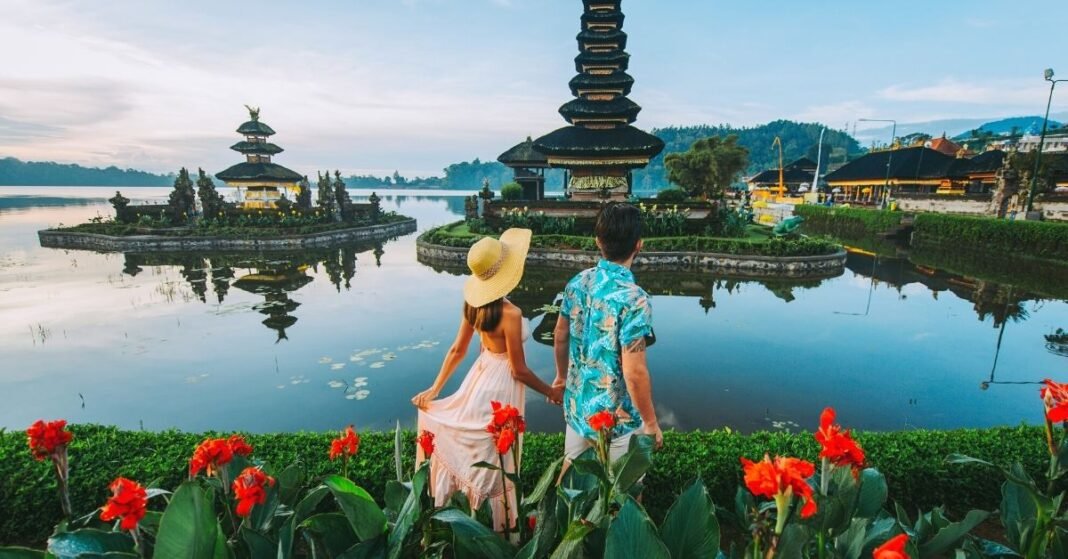 Temples, jungle landscapes, villages anchored in the past, routes between rice fields and beaches for all tastes. The attractions of Bali are endless and you are considering traveling there to enjoy them as a couple, but do you know the legend that will doom your relationship if you travel to the island? Do you read about this while planning your Bali trips for couples? I don’t think so.

You are in the middle of falling in love and it’s time to decide the destination for the next vacation. Bali is among the favorites. Great beaches and beautiful bungalows all around the island. Some of them are so cheap, just check https://karta.com. So, you are thinking of booking such a trip for you and your partner.

You have been seeing images of temples in otherworldly environments for a long time, of splendid rice fields that stretch under the impressive Mount Batur and of all that culture that permeates every corner of the island. You also don’t stop thinking about the paradisiacal Gili Islands, just an hour away. The temptation is very great.

But… Do you know that there is a legend that condemns the bride and groom who travel to Bali to separate? Although this curse is not known in Europe, in Asian countries it is widespread, and the most superstitious prefer to travel there with friends or, at least, avoid a certain temple where the curse is greatest.

I have traveled to Bali four times and the first time I heard about this superstition was just a few months ago through a friend who had just got engaged to her partner in the Komodo National Park after touring Bali. Then I was left thinking about all the people I know who have visited Bali with their partner and who have broken up afterwards, including myself.

To be honest, I don’t consider myself superstitious at all, but this curious and widespread legend led me to consult travel forums, where future marriages expressed their doubts and fears of choosing Bali as a romantic destination. I also checked with my Asian friends. Friends who have got married, engaged or even traveled on their honeymoon to the Indonesian island. What did they think of the “Bali curse”?

Most of them confessed to me, timidly, that they had avoided fate before getting married or, at least, had not approached the temple of Tanah Lot. Others lasted a short time with their partner after traveling to the island together and stated that with their current loves they did not plan to return. Paco and Ida were more daring. They met in Bali, two years later they got married there, and a year later they returned with their baby. It seems that the curse does not splash everyone.

The island of breakups

Mysticism and magic are present in every corner of the Island of the Gods. It is not surprising that superstitions also have relevance in local life, such as that of dodging the flower offerings that invade the sacred places so as not to step on them. An impossible task that, according to the Balinese, can arouse the great anger of the gods.

The belief that is most difficult to accept is the one that blames the romantic Bali for the separation of all the lovers who visit it.There are several versions that have spread about the most feared Balinese legend. Some say that the curse applies to the entire island, while others defend that it is only in the temple of Tanah Lot, and more specifically at sunset, where couples will be condemned to separate.

Tanah Lot, the temple of heartbreak

The legend of breakups dates back to the love story, or rather heartbreak, of a prince and a princess of the Hindu Brahman caste, who traveled from neighboring Java to the famous Tanah Lot temple. Before a wonderful sunset that flooded the temple with yellows and oranges, they became intimate for the first time. After the event, the prince decided to abandon the princess by refusing to marry her. The princess, devastated and embarrassed, cast a curse on all couples who visited Bali without being married.

100 meters off the southwest coast of Bali, the ‘temple of the Earth in the Sea’ is located between rocks that are surrounded by waves when the tide rises. Tanah Lot was built in the XVI century by a priest as an offering to the spirits of the sea. In addition to the main temple, several shrines, such as those of Batu Bolong and Penyawang, complete the enclosure. These are worn by pilgrims when water makes access to Tanah Lot impossible.

This magical place enjoys one of the best pictures at the end of the day, when the sun colors the sky with oranges and Tanah Lot looks like a shadow drawn on the sea. An image that, with or without a curse, is a must in Bali.

How to avoid the curse

One of the fundamental keys to travel to Bali and get rid of a breakup is to be clear about what we will find in our destination. Expectations are responsible for many disappointments, being able to ruin the holidays, so it will always be good to inform yourself well about the true attractions of the island.

There are many people who travel to Bali thinking that they will find paradisiacal beaches there. Although there are very diverse beaches, the most paradisiacal are located on the nearby islands of Nusa Penida and Nusa Lembongan or in one of the three Gili, an archipelago quite well known among backpackers. If we travel with the idea that Bali is much more than beaches, we will be assured of fun, and therefore happiness as a couple.

Another of the keys to a happy trip is the power that a myth has to influence a superstitious couple. If a relationship is already faltering, a trip in which you will get to know the other person more deeply will put the relationship at greater risk, making the myth may end up becoming reality.

Of course, the most superstitious ones had better not come to Bali with their lover. They can always do it with friends or get to know the island after getting married. Another alternative can be to visit the neighboring islands mentioned above and the nearby Lombok, a perfect option to approach the spectacularity of Bali without stepping on it.

Those who allow themselves to be guided by superstitions in their right measure will be enough for them to avoid Tanah Lot. In return, you will find numerous temples worth a visit, such as Uluwatu, the Mother Temple Besakih, Gunung Kawi or Ulun Danu Batur.

Myths aside, Bali continues to be among the most visited destinations in Southeast Asia and is the place chosen by many couples to get engaged, get married or travel on their honeymoon. An island to fall in love and fall in love that no one should avoid. Who knows? Maybe here you will find the love of your life. 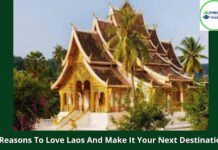 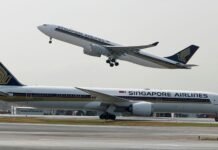 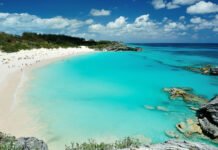 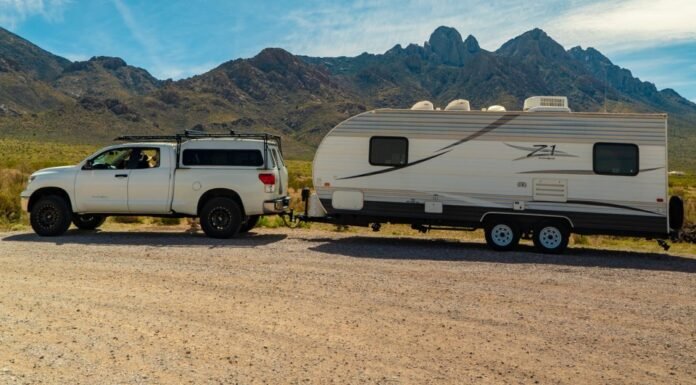 Mountains to visit in Seoul 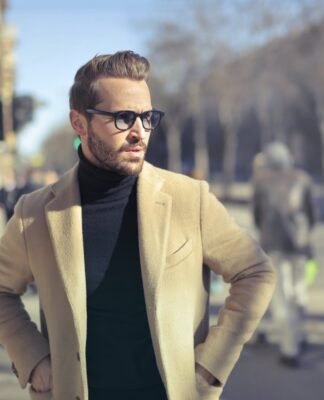 6 Clothes Men Need To Have In Their Wardrobe 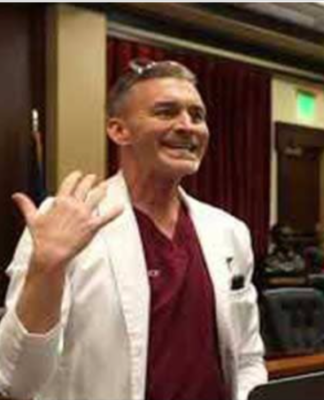 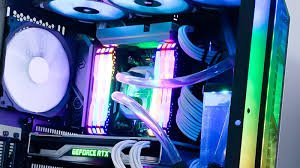 PC Power Up: Choose Best Hardware Parts for You 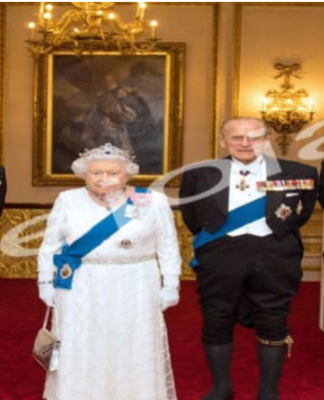 Why Should You Need To Visit The City Of Udaipur?

richard maxwell - May 18, 2022
0
Udaipur is the best city in the state of Rajasthan.  It has beautiful scenic locations, historical locations, cultural places, etc.  All these...