Home Education Inevitable consequences of climate change: what are they? Climate change refers to the increase of our planet’s average temperatures and fluctuations in weather patterns over a long period of time. This change is inevitable and occurred at a languid and unnoticeable pace. It magnified when man began using machines for mass production (industrial revolution). This is because we start burning fossil fuel to power these machines, which increases the presence of harmful gasses in the atmosphere. Typically, these gasses (greenhouse gasses) are present and help to protect living things from excess solar radiation. However, when there is an excess, they keep radiation that slips into our atmosphere, which gradually increases the earth’s temperature overtime.

The temperature of the world before the industrial revolution was about 14 degrees. Once we started using machines, people began burning fossil fuel for energy. While this produces lots of energy, it also generates gasses that significantly contribute to global warming.

The greenhouse effect was discovered in the 80s, and eight years later, a council was formed to discuss and slow down climate change. There is lots of proof to show that the main cause of climate change is greenhouse gasses produced due to human activities. Other natural occurrences, such as volcanic eruptions, also generate these gasses. Still, experts have discovered that these activities are insignificant when it comes to climate change.

Since the start of the industrial revolution, experts report that the average temperature of our planet has increased by one degree centigrade. You may think that one degree is not a significant increase. However, it is essential to know that we use the average temperature. In some regions, the temperatures have skyrocketed bringing about short winter months and long summer periods. There are still some people who think that climate change is not occuring because it is not instantaneous and does not affect them directly. Greenhouse gasses can accumulate over a long period before causing any significant or visible change. Even though we are seeing these changes now, it is essential to fight and prevent climate change for our future generations.

Climate change is a significant threat to health, the global food supply, infrastructure, and much more:

Agriculture is our main source of food and has been around for a very long time. It heavily depends on the climate as some crops can thrive only in particular climates. With the rapid change in climatic conditions, agriculture in some regions has been disrupted, leading to famine and heavy loss of crops. Farmers can no longer predict the weather accurately. Therefore, they are unable to meet the ever-growing food demand. However, farm owners can monitor fields and vegetation indices with constantly evolving technologies. You can read more in the article.

There is also constant loss of infrastructure and power shortage in harsh weather conditions brought about by climate change. This can also put a strain on transportation.

Human health is directly related to our environment and weather. As mentioned above, smog caused by a rise in temperatures causes respiratory issues. Also, the destruction of ozone layers causes an excess amount of solar radiation to penetrate the earth’s atmosphere causing chronic diseases such as cancer and skin burns. Rising sea levels will flood settlements which can cause pollution of drinking water sources.

Global warming and climate change have a huge effect on our environment. Our current environment consists of everything around us, including the air, trees, animals, and much more. As the earth becomes warmer, we can see obvious changes occurring around us, such as vanishing some species, especially in the arctic. Also, increased temperatures lead to wildfires which cause destruction of property and habitats of other animals. Longer summers and milder winters have become the perfect atmosphere for pests to thrive.

Climate change has been ignored and pushed aside for so long, and we may have already crossed the line of no return. However, many more people are becoming aware of this phenomenon and performing conscious actions to slow the progression of climate change. 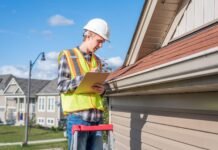 Sinnoh Electric Types An overview of Different types of abilities

Kurdran Reviews is Kurdran Legit ? Learn the authenticity of the site

Why are device farms so important for software testing? Murad Skin Smoothing Polish – How you can apply this? Sylvia Rossouw, an Outstanding Architect, Exemplifies What It Means To Be Devoted To the Arts 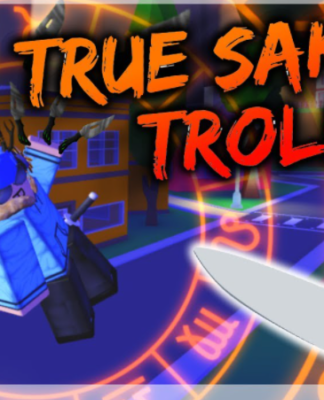 Why Quality of Neighborhood Matters for Your Child’s Education

richard maxwell - June 7, 2022
0
It's hard to make a case for why your child should attend a school outside of their neighborhood when there are so...